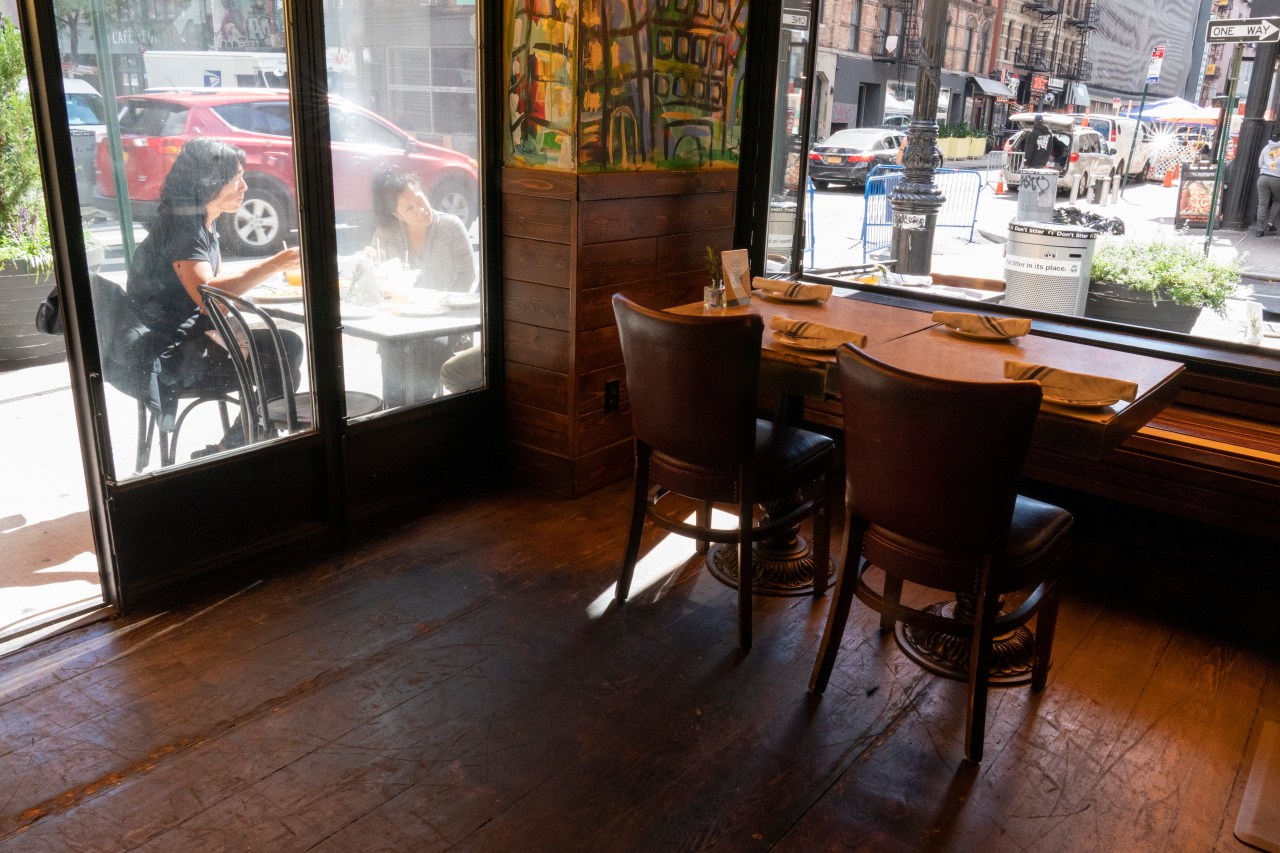 Are you seated at a table or at a booth when there are six people?

ALBANY, NY (NEWS10) – Tuesday’s 98.3 TRY social dilemma came from Bella. She wants to know if she should have a booth or a table in this situation.

Hi Jaime, my boy, I have a social dilemma. I went out to dinner with some friends to celebrate that we could all be together again, and who knew that this simple task could cause a disagreement that lasted throughout the meal. Here is what happened. I dated five of my buddies, which obviously means there were six of us. We arrive at the restaurant and it’s time to sit down and the hostess asks, stand or table? I immediately say table, while my five friends say stand. I explain that at six, a stand is going to mean four people are “stuck” inside, and I don’t like that. Also, if someone has to get up and use the bathroom, half of the people have to move. I said, with a table we all have our own space, and if you have to get up to go to the bathroom or make a phone call, you can do that without disturbing anyone else. The others told me to stop being so practical and to sit in the cabin which will be more comfortable. I said okay as long as I had room at the end and they were okay. (At this point the hostess was frustrated with us, even though she was very very nice about it). Anyway, we sit in the cabin, but during the meal I had to get up no less than four times to let friends out to go to the bathroom, make a call or take a call. Each time, I tried to argue my case, but they all laughed at me and that’s it. So I thought I would ask you. Stand or table to go out with five other people? I think a booth is fine if there are two people or even four, but six ???? Always a table. So what about you? Are you a stand person or a table person? Where did you sit with five friends? Thank you I like

Well, I’m with Bella. I will take a table when there are so many people. First of all I’m claustrophobic so I don’t like being indoors in this situation and secondly it’s rude to keep asking people to get up and down when you can sit down at a table and not have to. But it’s just me. No judgment zone here.

What do you think? Table or stand? Let me know on the TRY Facebook page