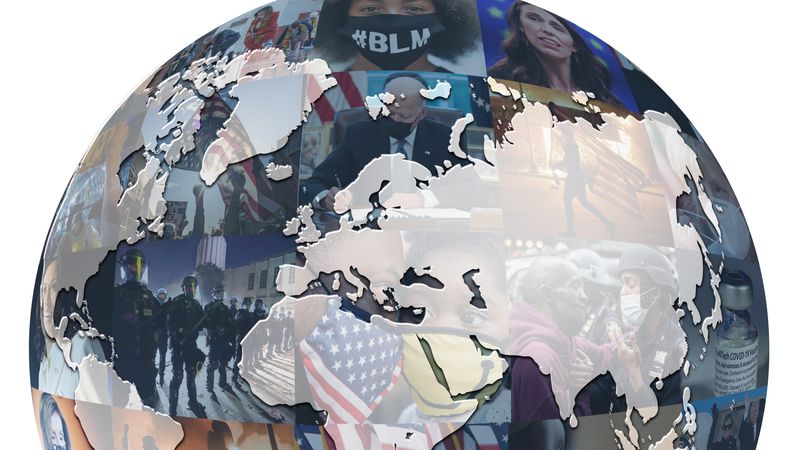 Facing the social dilemma of COVID-19

Editor’s note: This column is from one of the participants in the St. Petersburg Conference on World Affairs, which is being held virtually this year. It operates from Tuesday to Friday. For more details go to worldaffairsconference.org.

Few of us have noticed that a new coronavirus appeared in Wuhan, China in December 2019. It did not register even though it has spread across Asia and parts of it. Europe. One year and nearly 500,000 deaths in the United States later, what could we have done differently to engage audiences faster?

By the time the first case was reported in the United States, public health professionals were working hard to review pandemic plans, consult with colleagues, review every new piece of data and consider next steps. We were learning about this virus in real time, pulling together each new information while anticipating its next move.

The responsibility for public health is vast, but we have surprisingly few tools available to combat an enemy as widespread and relentless as COVID-19. We had no vaccine, we had no treatment, there was no obvious engineering solution, no way to quickly change the environment. The only solution was behavioral: people had to be prepared to take action to mitigate the transmission of the virus, not only for themselves but for the community as a whole. But how to best communicate it? How to best involve the public in such a massive collective effort?

Public awareness and education are essential first steps in any such campaign, but these efforts have been hampered by our rapidly evolving understanding of the virus. Worse, the cacophony of social media has inadvertently or intentionally added to the confusion. Confusion stirs fear, and leaders who seem to change their minds have fueled mistrust. Public health found itself catching up and speechless steadfastly.

States have the constitutional power to manage public health. This meant that as the virus took hold in the United States, a patchwork of responses – reflecting varying levels of capacity and political will – made any kind of coordinated response nearly impossible. The lack of clear direction from the federal level has caused states to scramble to design their own solutions. Local leaders trying to deal with local situations were often challenged by confusing state directives.

The massive closures seemed cautious but were difficult to enforce, had devastating economic impacts and fueled resentment. The selective shutdowns may have sounded wiser, but only served to deepen divisions, with people wondering why some companies could work when others couldn’t. And while leaders debated school closings and curfews, some politicians staged mass-market events and ordinary people rallied in defiance of orders to avoid crowds.

Ultimately, the simplest actions – wearing a face cover properly, maintaining physical distance from others, washing your hands frequently, and staying home when you’re not feeling well – were all we had. and everything we needed to deflect the virus. These should have been simple messages about these simple actions. And they should have been accepted for what they were: simple things anyone could do for the good of everyone. But instead, they were easily controversial and became symbols to be rampaged against as individual expressions of frustration and anxiety. Thus, the virus was able to continue its insidious march, accumulating more cases, more hospitalizations and ever more deaths as it ravaged our economy, our mental health and our social fabric.

Spend your days with Hayes

Columnist Stephanie Hayes will share her thoughts, feelings and fun things with you every Monday.

You are all registered!

Want more of our free weekly newsletters delivered to your inbox? Let’s get started.

Explore all your options

We are social animals after all, and the isolation created by stay-at-home orders, remote work, virtual school, and restricted visiting hours in community living facilities has taken its toll. People need human contact, so much so that even those who had been vigilant in following all other measures risked the virus to be with family and friends, and those who ignored the advice have, in some cases, go out of their way to express the “right” to come together.

The irony in all of this is that those same impulses that drive us to be together could not be harnessed to make us act together in a collective effort to overcome this disease. And as the virus is not done with us yet, and it will not be the last new virus we will know, we must continue to learn in real time how to recognize and act on our collective human vulnerability.

Donna J. Petersen is Dean of the College of Public Health, Senior Associate Vice President at USF Health, and Chair of the COVID-19 Working Group at the University of South Florida.